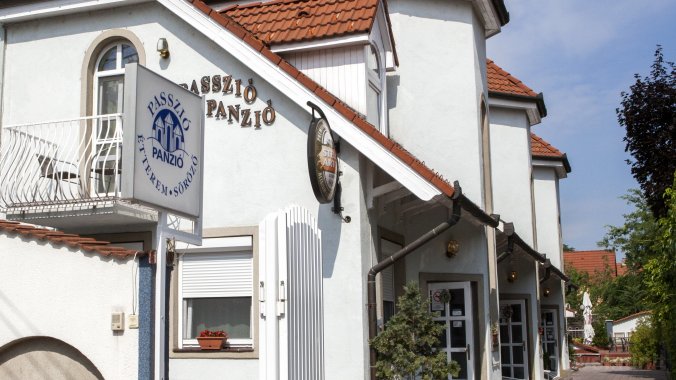 Get the taste of Budapest in the Hungarian family atmosphere and quite surrounding. Our hotel is situated in the 14th district (Zugló).

This accommodation is participating in our no deposit or free cancellation booking program.

Éva
7 months ago
as couple

Mag
a year ago

Viktor
a year ago
individually

Ciuca
a year ago
with friends
leisure purpose

Passzió Guesthouse's answerDear Brane Obrulek, Thank you, we hope that you enjoyed your staying at us and see you soon again. Best regards: Passzió staff

Riesz
3 years ago
with family

Passzió Guesthouse's answerDear Partea, Thank you for your feedback! We are glad to you enjoyed your staying in the Passzió Panzió. We all look forward to welcoming you back to the pensio very soon. Best Regards, Management of the Passzió Panzió

Get the taste of Budapest in the Hungarian family atmosphere and quite surrounding!

Our hotel is situated in the 14th. district (Zuglo).

It is one of the Green Belts on the Pest side. It is easily accesible from the City Center, the M3 Highway and the Hungexpo.

In the recent months Passzio Panzio has renovated its hotel with a nice overhaul of its rooms that include: up to date furniture, comfortables beds, Flat-screen TV.,

Most rooms have refrigerators.

Free on Site Parking and WiFi.

Hair Dryers are available upon reguest at the Front Desk.

Pension offers breakfast in the restaurant and fresh drinks on the terrace.

Buffet Breakfast is served between 7.00-10.00 am.Earlier time needed to consult with the front officer.

You can find Swimming Pool, Tennis Courts, Thermal Spa near to the Hotel.

Other points of Interest close to the Hotel are: Sportarena, Stadiums, City Park, Hero's Square.

Night bus:From the city centre take by Nr.979 bus up to the Csömöri-Cinkotai str.corner,after this you can walk up to the Zoborhegy str.

Apartment nearby in the Puskás Stadium
Budapest